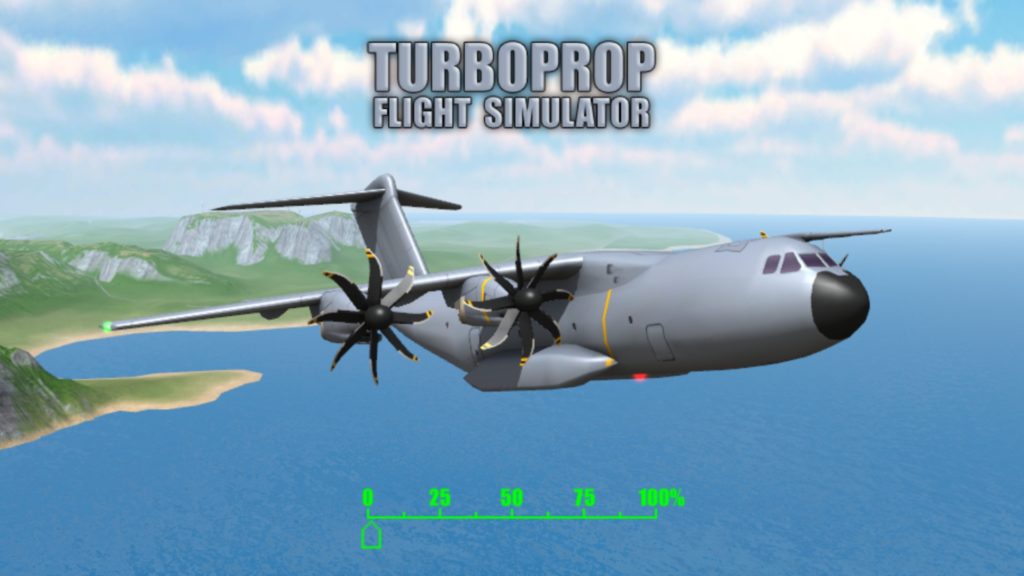 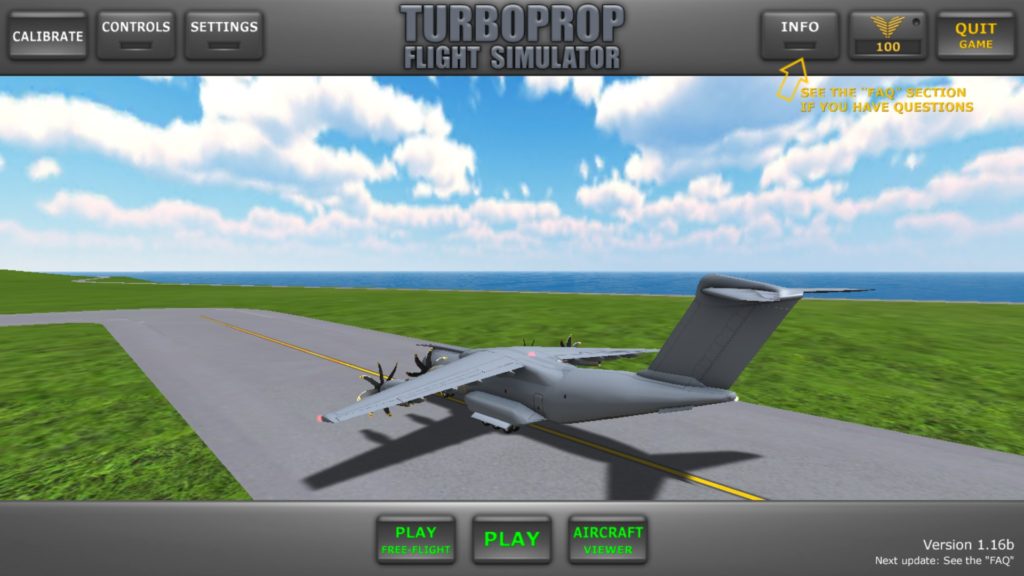 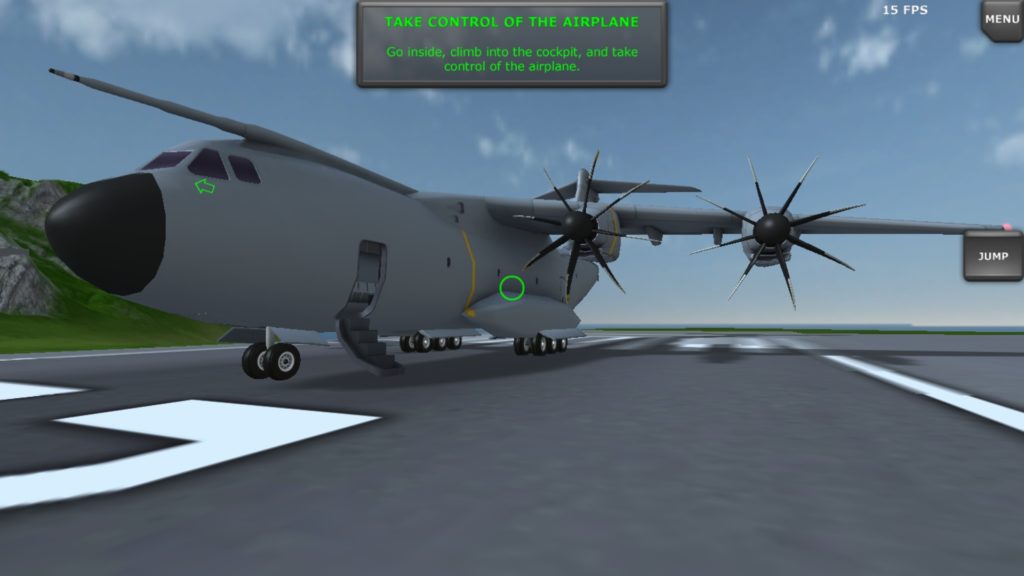 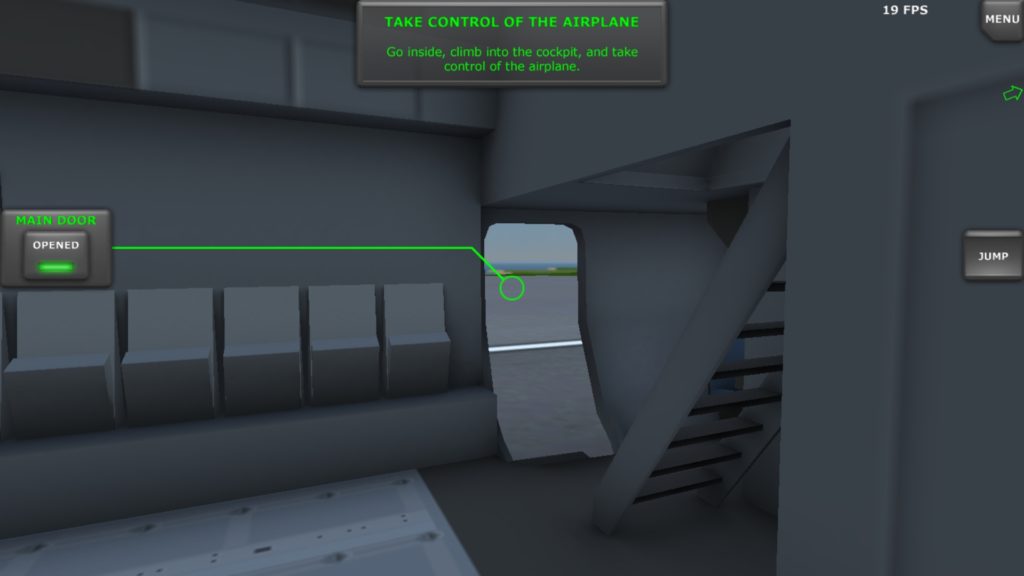 This Game is so fantastic flight simulator game because guys in this game you can fly aroplane in sky and you can also get out from aroplane and walk anywhere and when you want to drive aroplane just go near the aroplane and correct your aim in aroplane door and then press “”
To open the door and guys go to the flight control center to start flight .so it is best offline game for andoid
Guys turboprop flight game gives more better experience when we are playing this game ,it has also much controls for speed control of aroplanes ,light controls ,and landing wheel controls and these types of controls not available in another flight simulator game which is less than 100 MB game like that. It has also one features to turn off your turbine in both sides of the aroplanes and you can also jump from sky during flight.And finally guys we telling you this game is best under 50 MB and we are selected for Top 10 offline games for android.so due to this i added this game in the category of Top 10 offline games for android.
You can download this game from this link-
2.Indian Train simulator 2017 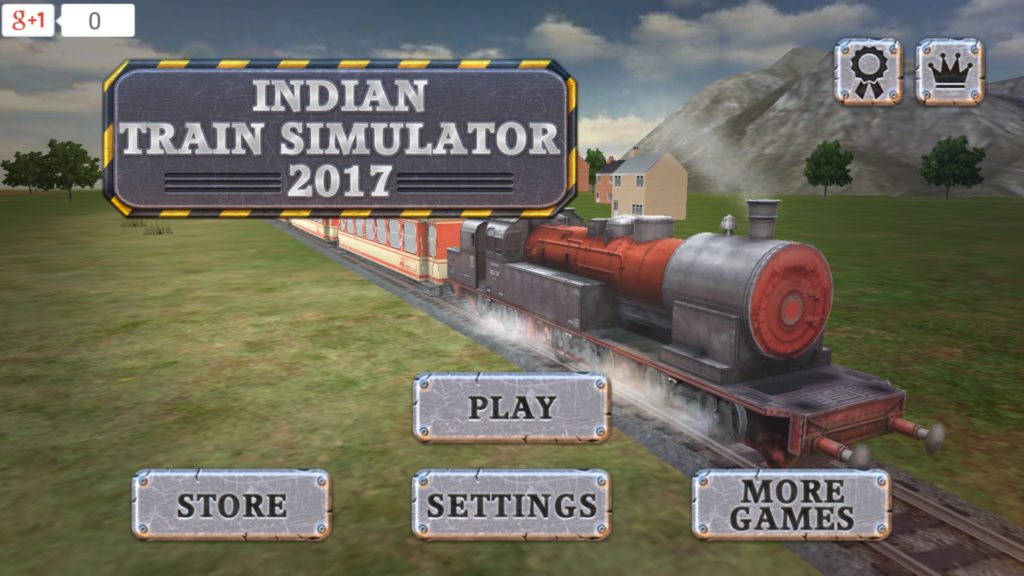 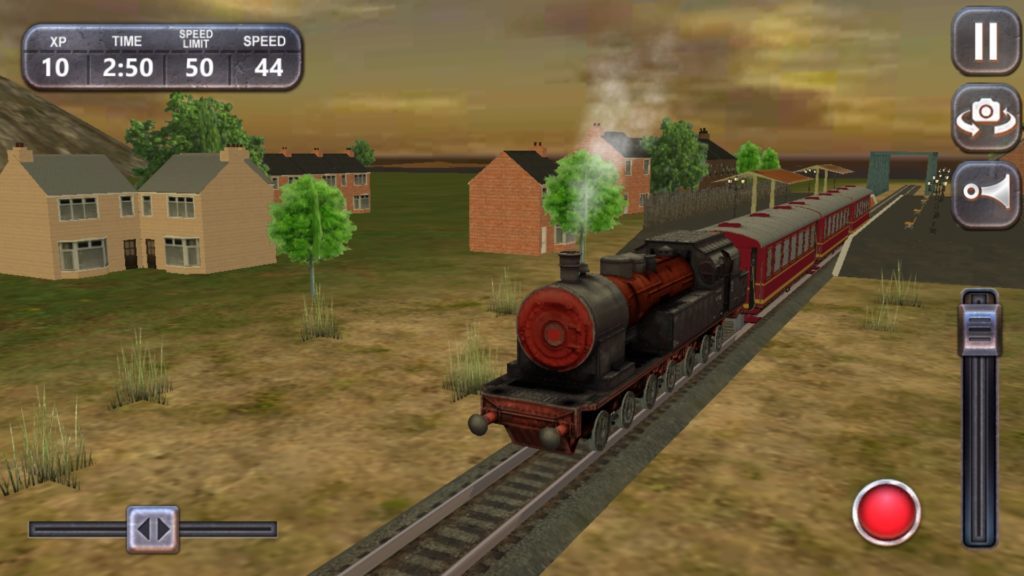 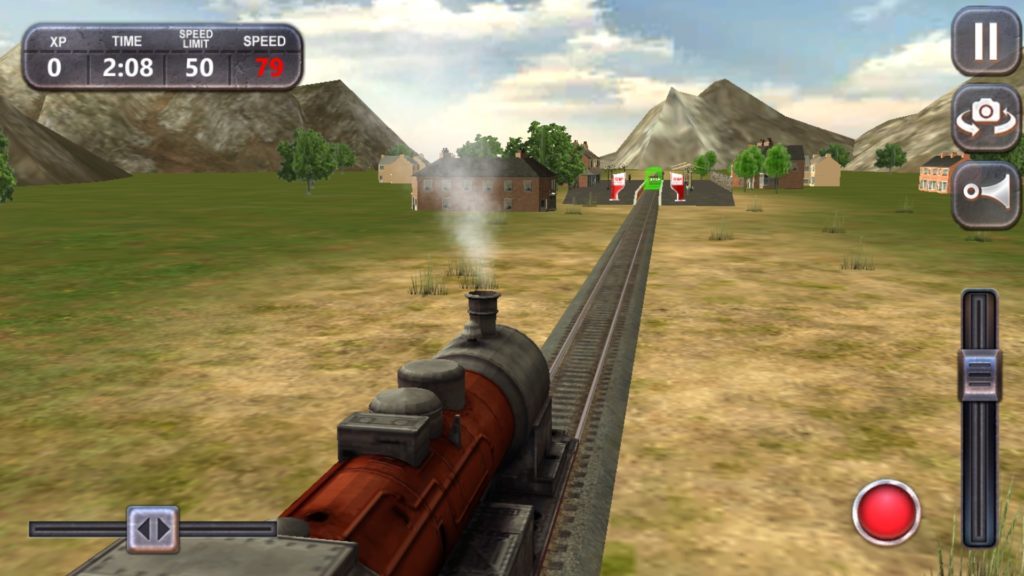 Guys this game is one of the best game in train cetagory games , I see all the games of train simulator but all games and not purely likely to be Indian Train and natural ,but Indian Train simulator is very good games .when we there graphics then it is quit more good and enough from other train games .guys you can also change camera views and you can control the speed of trains and You can travel in the whole India and Railway track is simple as we see in all train games ,but in train game simulator game the trains are totally look like Indian Train.The size of this game is — 45MB.so due to this i added this game in the category of Top 10 offline games for android.
Link for download this game – 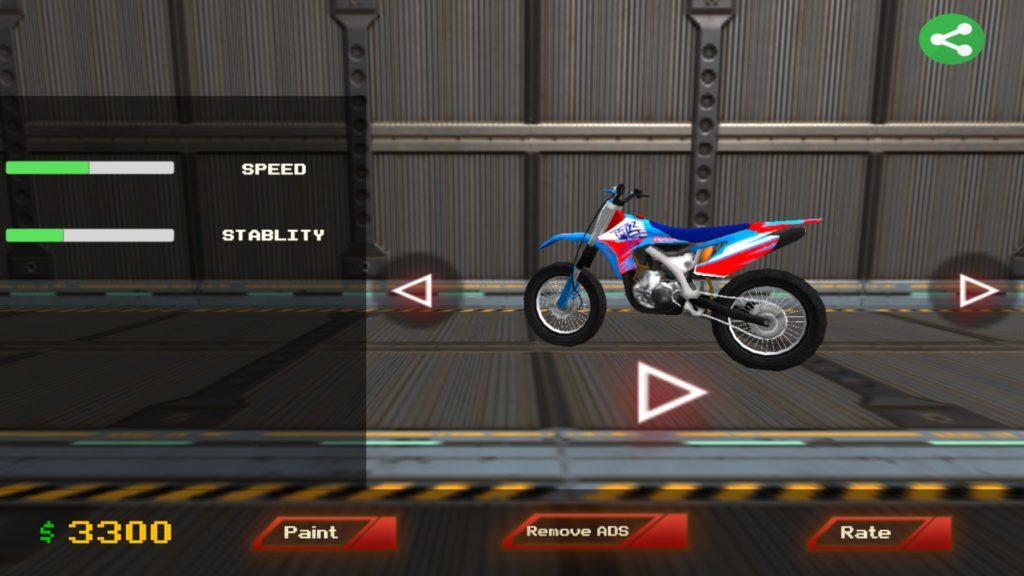 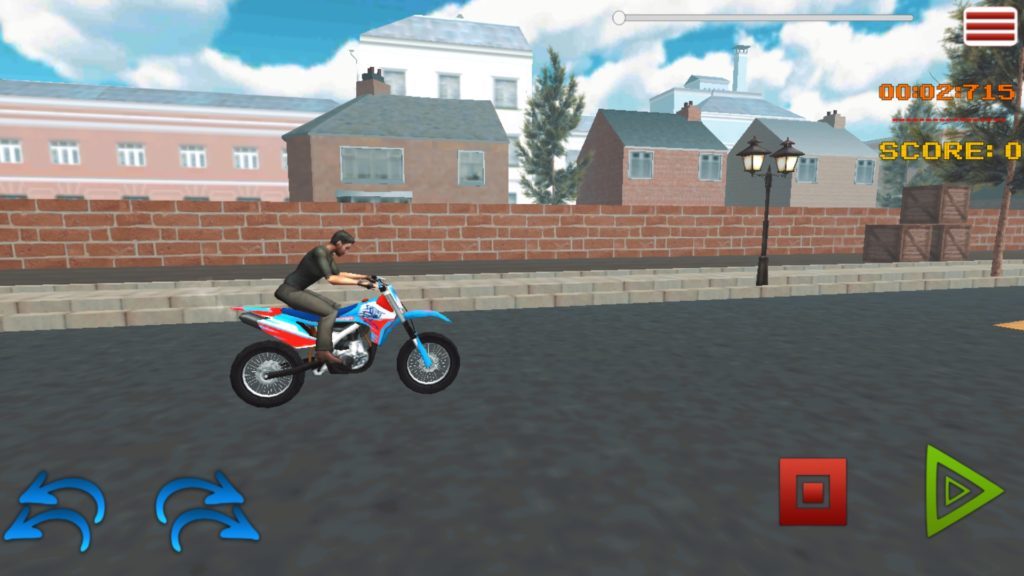 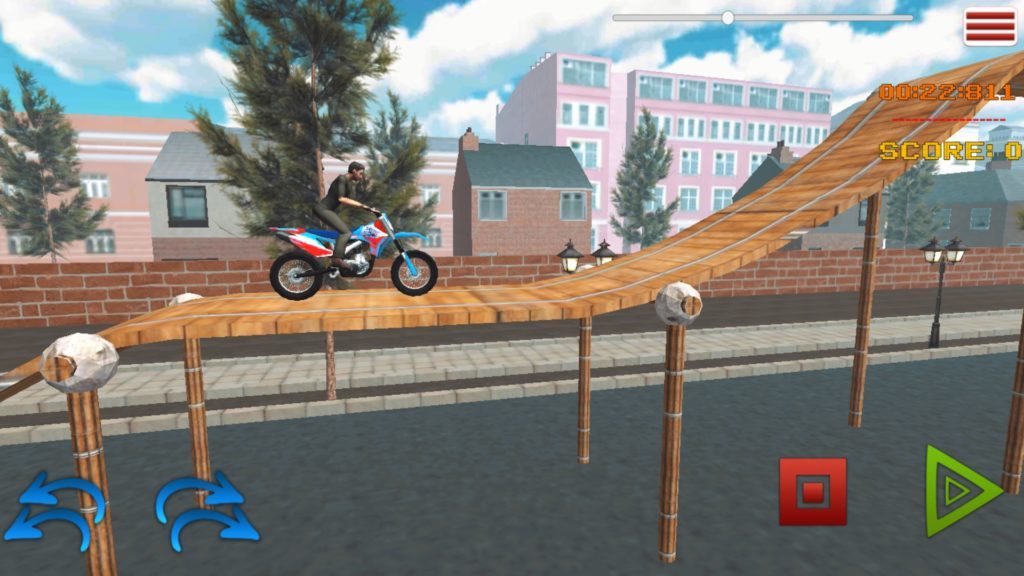 This game is know everyone one but if you don’t know about it then know today,guys if you are finding open world game for android then you are reading post at right position, this game is open world games in which you can do all things things as we are doing in real life ,guys the size of this game is more — approx 2GB .but graphics and controls are cool .The Rockstar company produce this game on Android platform and for computer also. but when you want to download this game for PC then the size became approx – 4 GB.so due to this i added this game in the category of Top 10 offline games for android.
So guys if you want to download gta San Andreas game for android then click here – 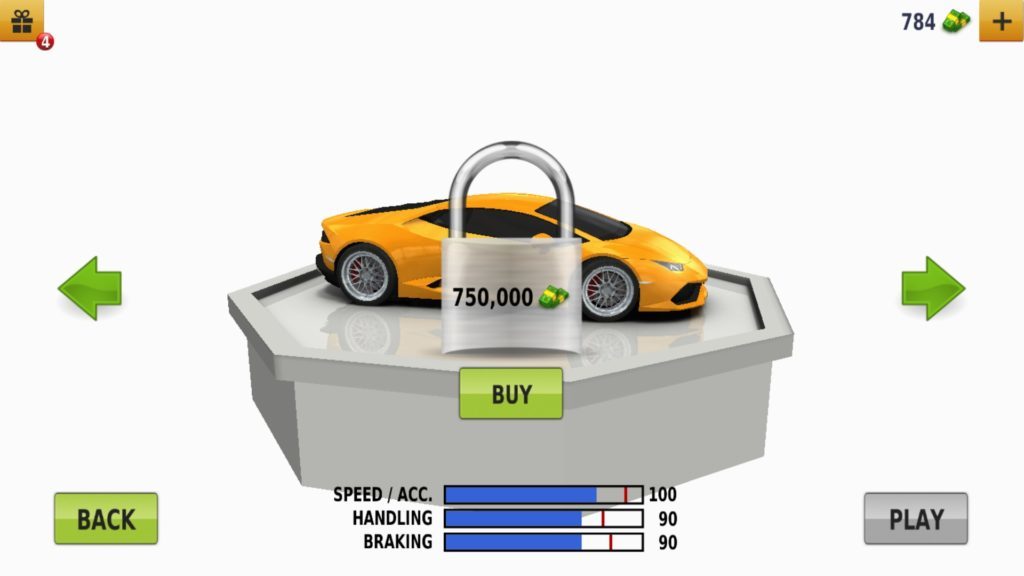 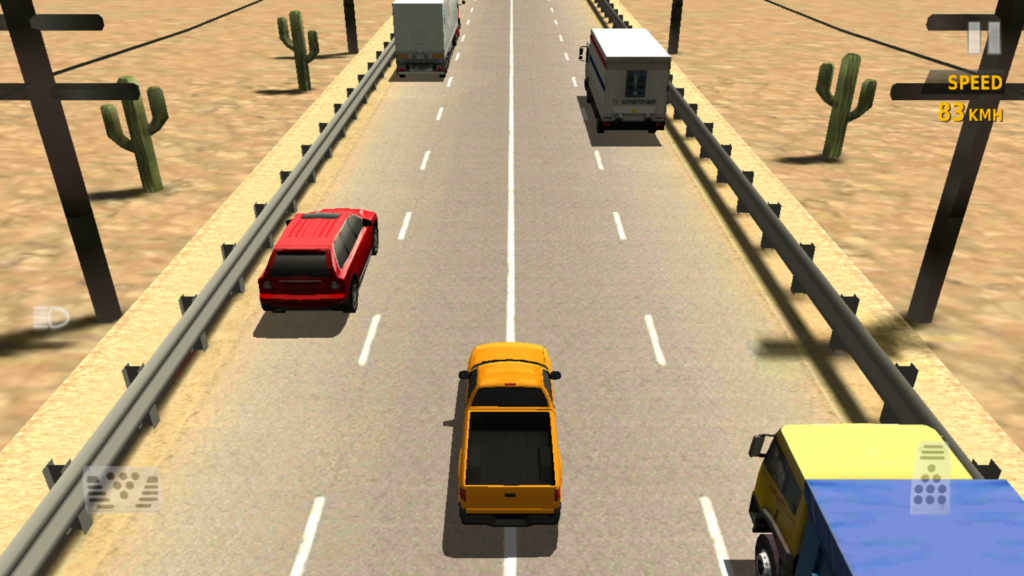 This game comes with new features in only in 51MB. it is racing game and if your mind is fast then this game is absolutely for you because guys when you play the race then the speed of cars will increases again and again and the traffic on those root is quit more and on that traffic you have to drive with your car without crashing the car. There are varieties of cars and trucks are Given in the game.So if you are wanting to time pass then this game is more perfect for PC.so i added this game in the category of Top 10 offline games for android.
You can download this game by clicking here- 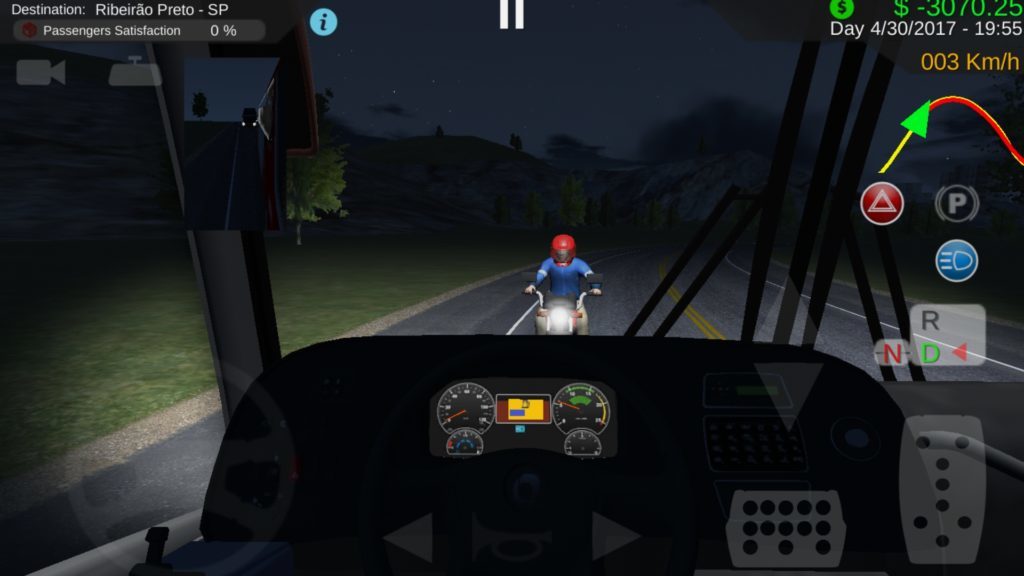 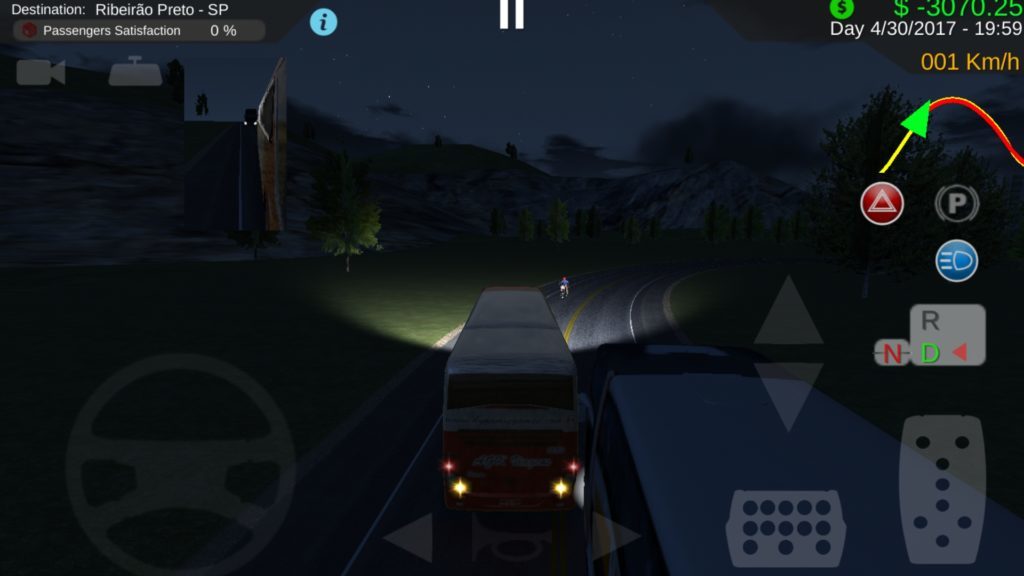 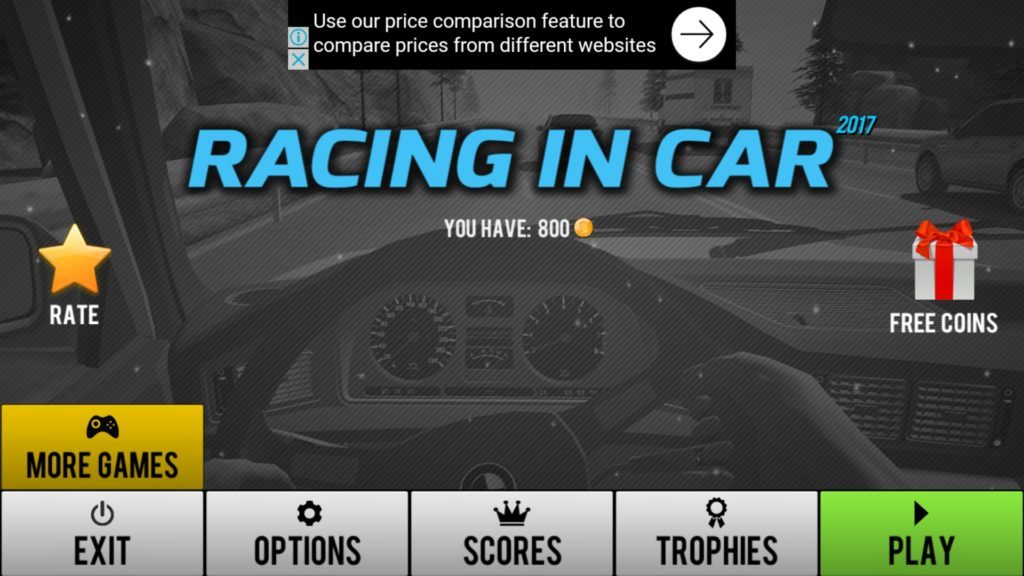 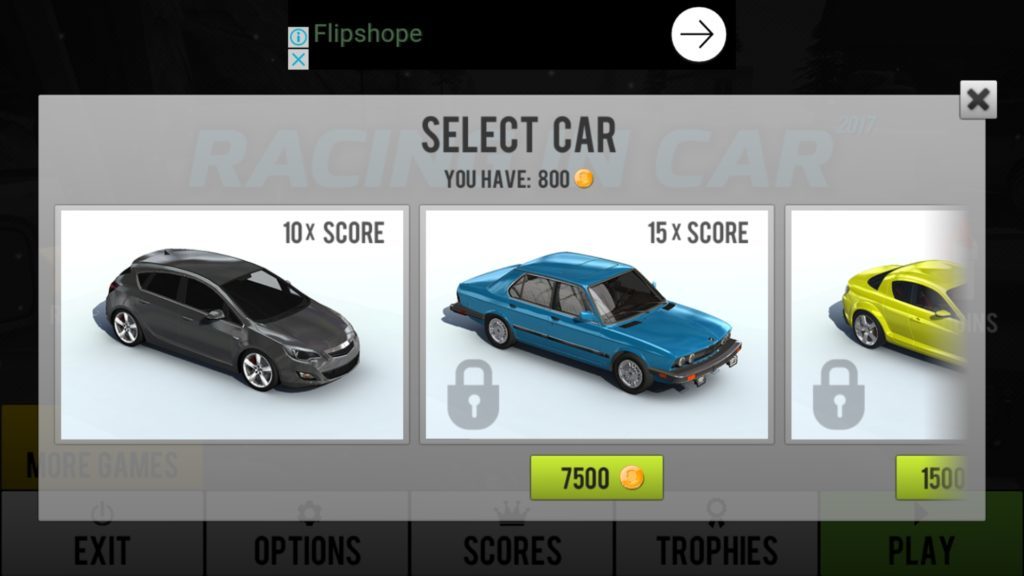 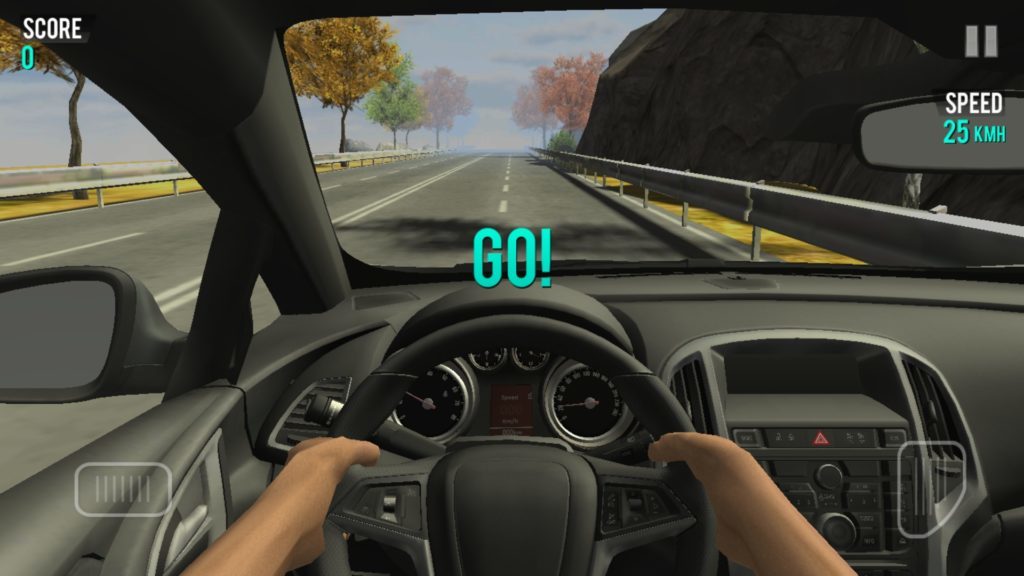 Guys this game is based on traffic Racer and some things are matching with traffic Racer gane from this game ,but only one difference is the camera view is 3d type in racing in car 2017.but in the case of traffic Racer no any camera view from inside the car.So it is best offline game for andoid And the racing quality is pretty much cool like traffic racer and if you are wanting to Timepass then it game is better for you the controls of cars a simple and easy like Traffic Racer game but only one disadvantages is there are some advertisement are displaying when you finishing the game so guys if you want to download this game then – click here so due to this reason i will select for offline games for android
Revolution Offroad : Spin Simulation 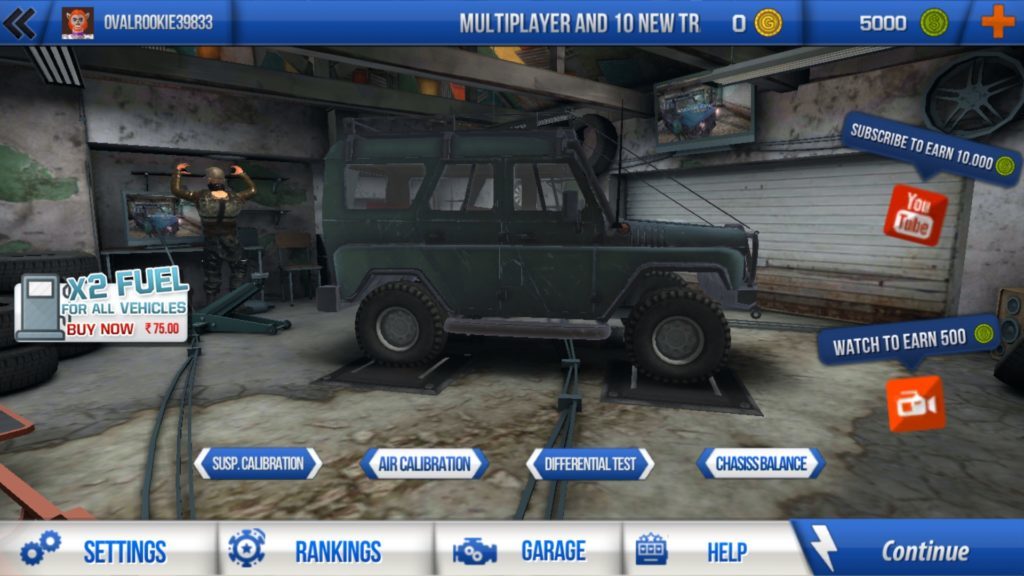 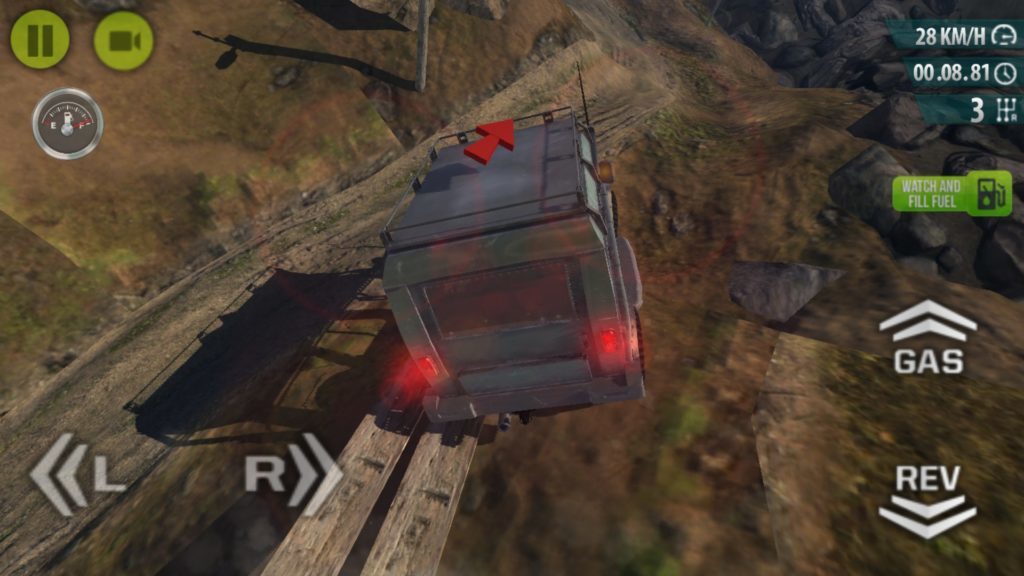 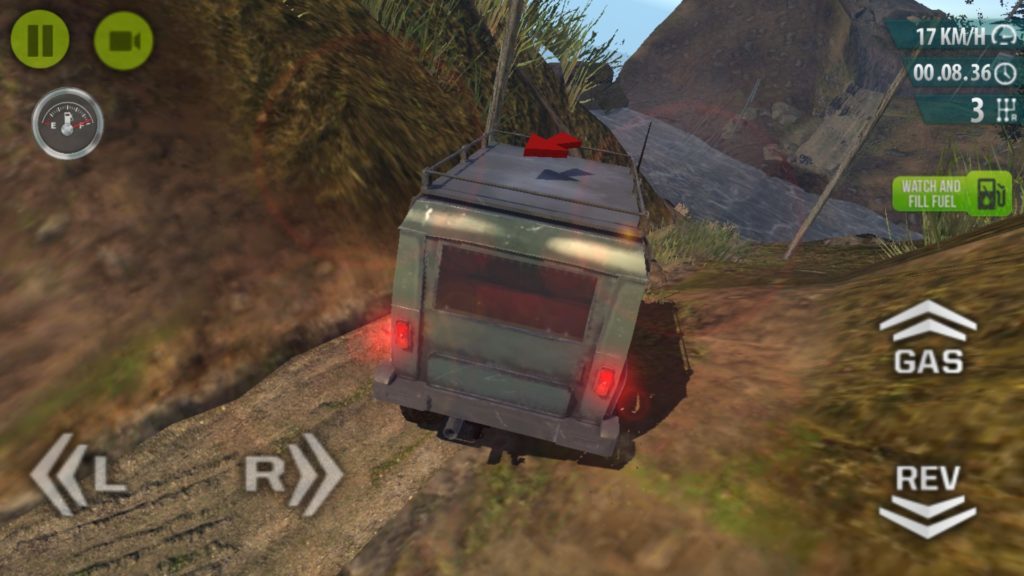 Revolution Offroad : Spin Simulation this game is very fantastic and New offroad game and because I am also playing this game when i bored with my PC games so I will come back to the home and get started playing with Revolution Offroad : Spin Simulation game in my android phone and guys you can change varieties of cars which you want to select for driving . The aim of driving  is very nice as we see in the PC games the driving controls quality is very pretty much good. so it is best offline game for andoid .when you are playing PC games with lot of features are there.Just like pc game Revolution Offroad : Spin Simulation is best game for offroad driving . So if you are finding offroad games who looks like PC driving games then this game is fantastic for you so if you want to download this game click here so due to this reason i will select for offline games for android
8.Cruze captiva simulator

this game has realastic cars and map. So due to this cruze captiva simulator is best game for you if you are finding city driving game in only under  50MB but guys here is a one disadvantage in this game that is -there is no other cars and bikes is running in the world of this game excepted your car.so please make sure before downloading this game .So it is best offline game for andoid.As per me if i get sad then i will playing this game because in this game there is no other bad car sound ,no any peoples and no others things only you alive in the whole city .So guys if you want to download this game then click here so due to this reason i will select for offline games for android
9.Counter terrorist 2 gun strike 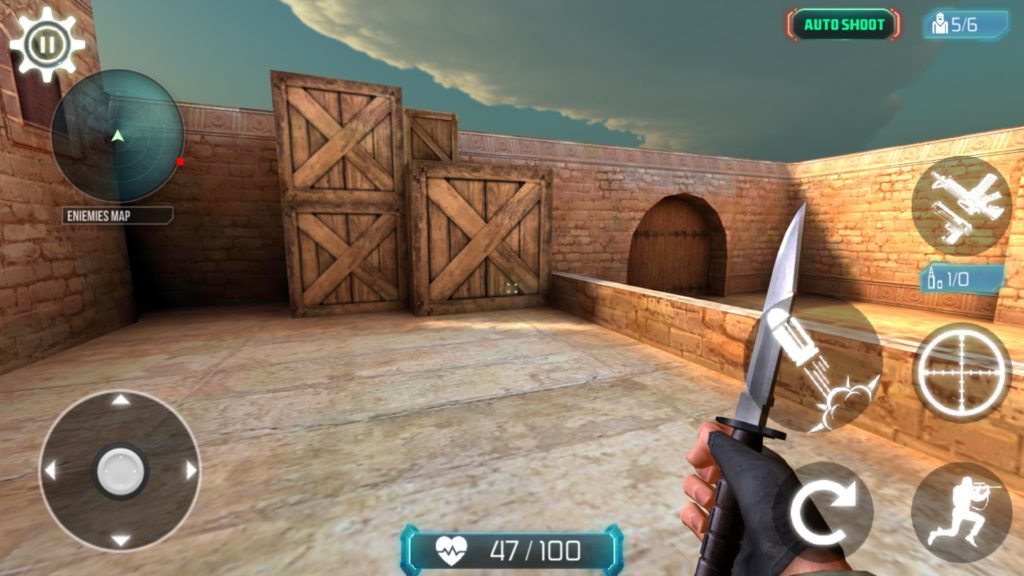 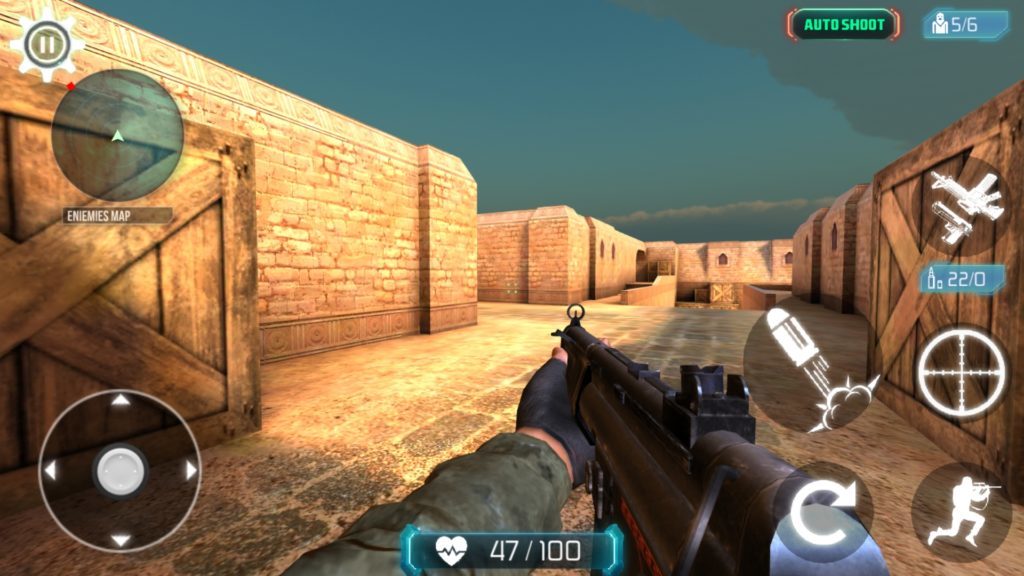 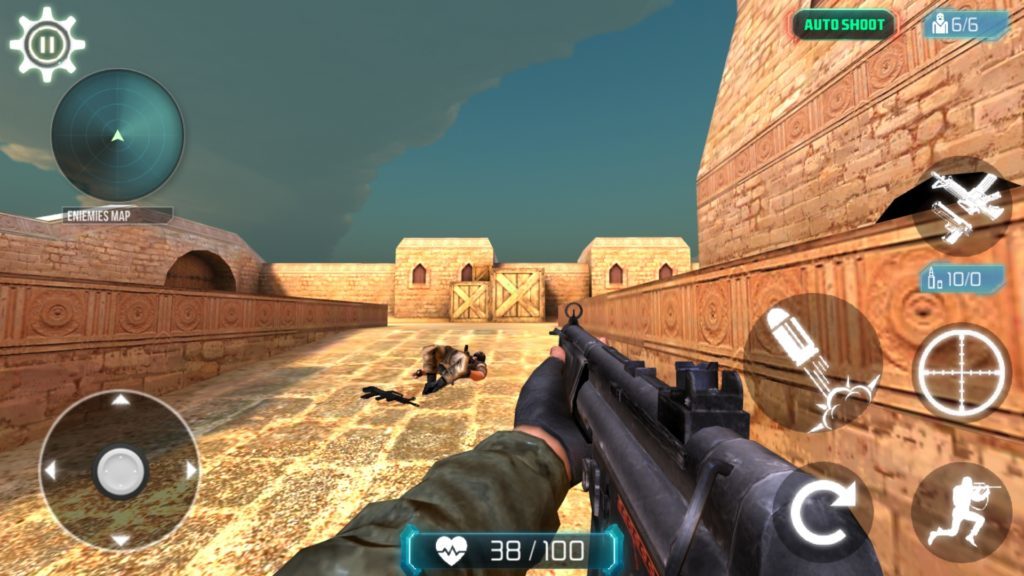 guys this game is outstanding because it is shooting game in only 41 MB with relastic game like pc Hd quality game i finded this game in playstore , in first time i thinking that it game is low quality like others ,but when i installed it in my android i shoked because of realastic game like  pc shooting game.so it is best offline game for android so due to this reason i will select for offline games for android 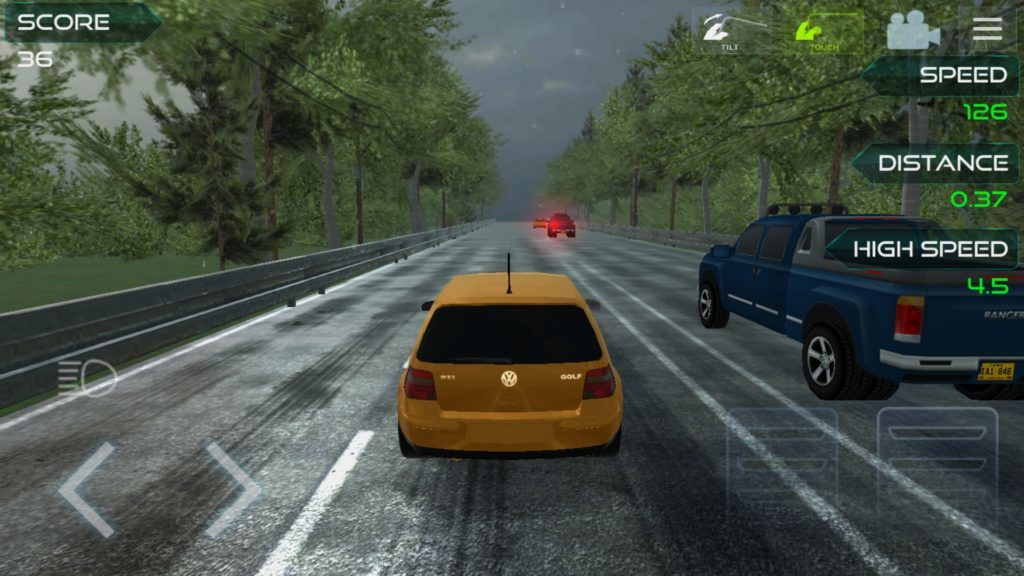 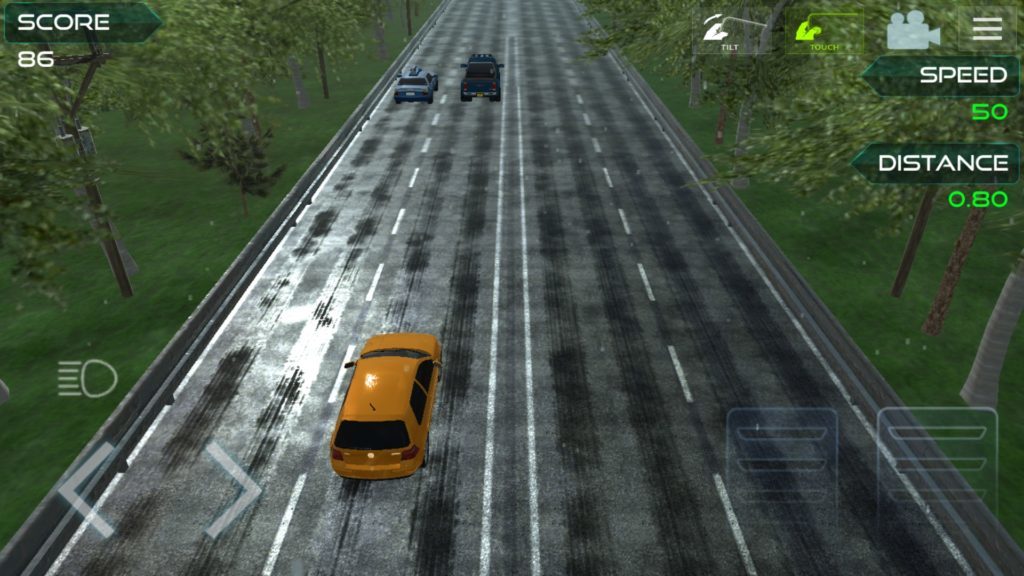 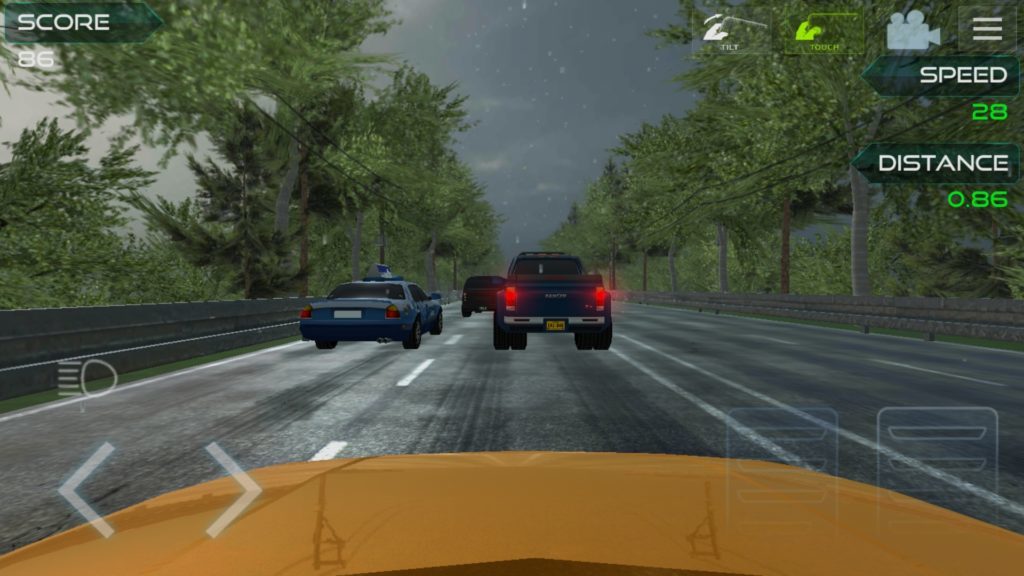 it is racing game with high quality graphics ,lots of cars like Lamborghini,W Motors Lykan Hypersport and much more are given in this game ,the experience of driving cool ,the world and road is made simple like real world.in my opinion it is best game for gaming under 100MB so due to this reason i will select for offline games for android